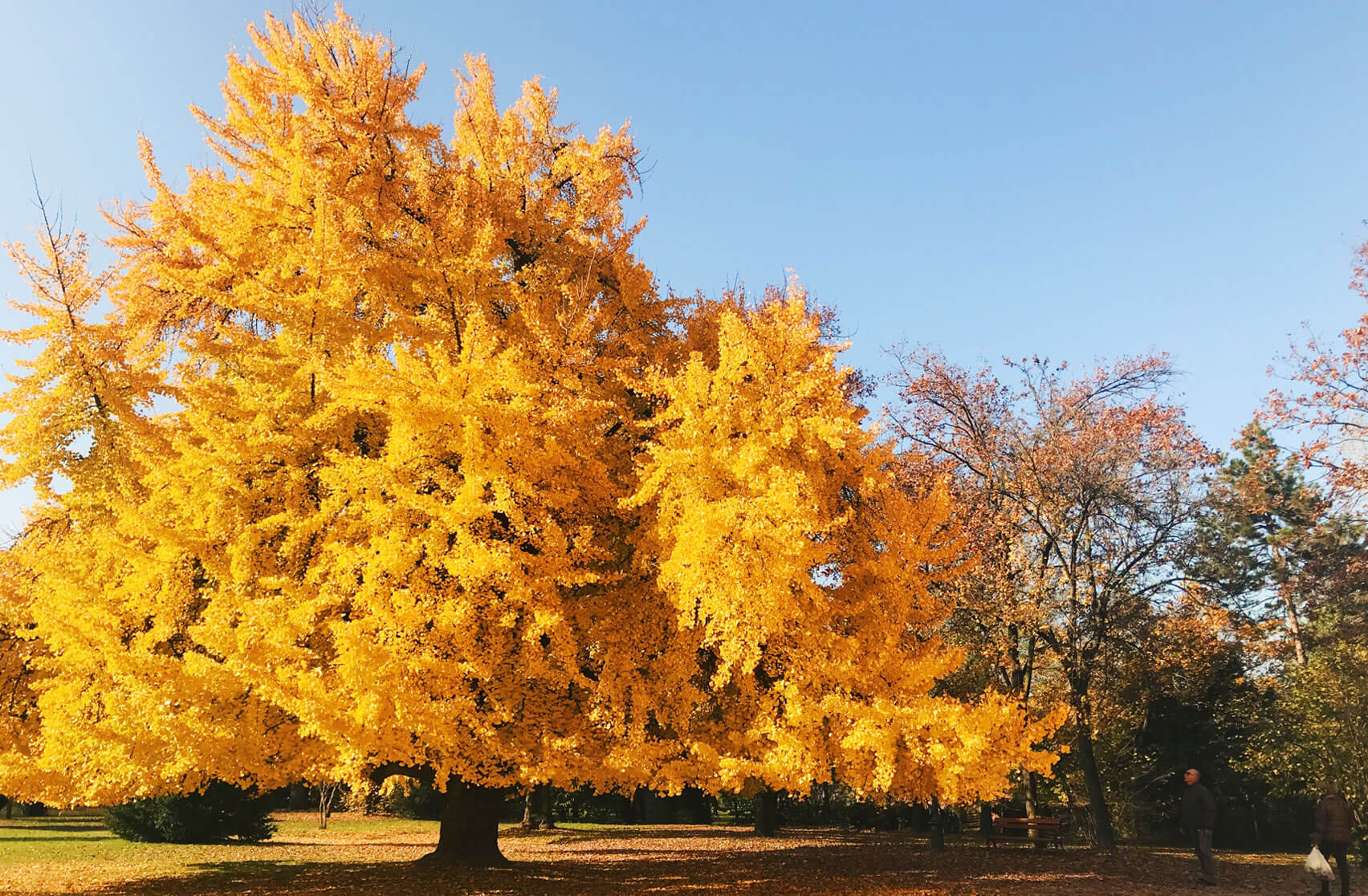 Autumn is the best time to enjoy warm colors, don’t you think so?
If I think about autumn, I immediately imagine the various shades of red, orange, yellow and brown. Well, for me this is a season that kidnaps and gives you the opportunity to continue to go out, especially in sunny days, to admire the changing of nature… and the foliage is a wonderful sight!
Over time, I have identified my places to go in Modena and in its province, to dive myself into these wonderful visions and “fill up” with incredible autumn colors: here I tell you which are my 4 favorite places to admire this phenomenon!

1) Foliage in Modena: the spectacular ginko in Villa Aggazzotti (Formigine)

These two trees have really bewitched me and I could not fail to mention them for first! Have you never been to the park of Villa Aggazzotti in Formigine, not far from Modena, between the end of October and the beginning of November? No … then you have to go! I’m keeping ready to go back to take millions of photos again this year. 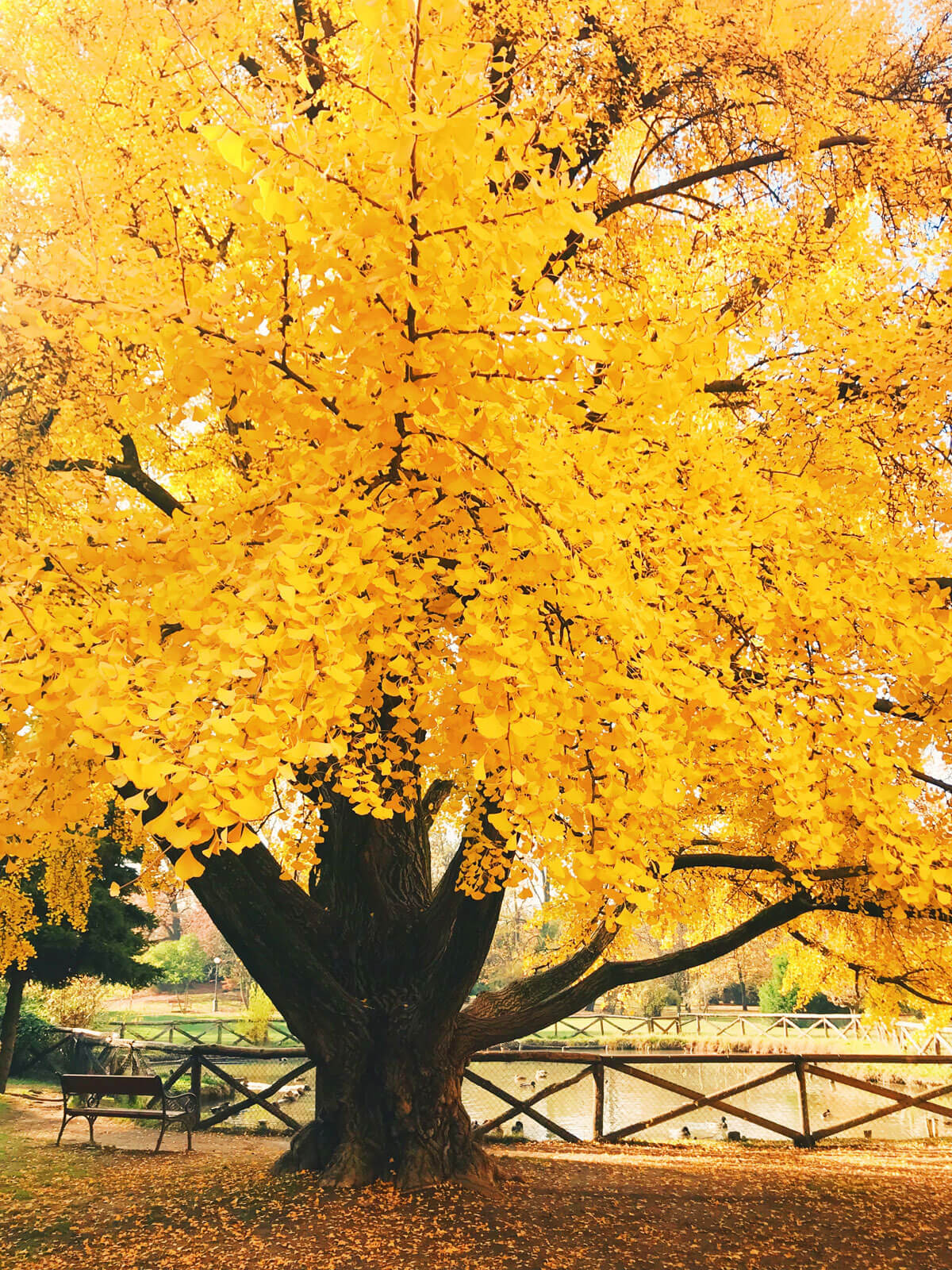 Last year I was there and I never would have expected such a natural show!
When you turn the corner of Villa Gandini (the former villa Aggazzotti), a splendid neoclassical structure immersed in the park, now home of the municipal library, I’m sure that you’ll remain open-mouthed.

Majestic and beautiful, but above all of a spectacular yellow color, the two Gingko Biloba stand out there, one on the right and one on the left of the elegant building, overlooking a quiet lake inhabited by nice ducks.

The very wide garden was designed by Count Gandini, a great botany-lover, who wanted also realized the lakes. 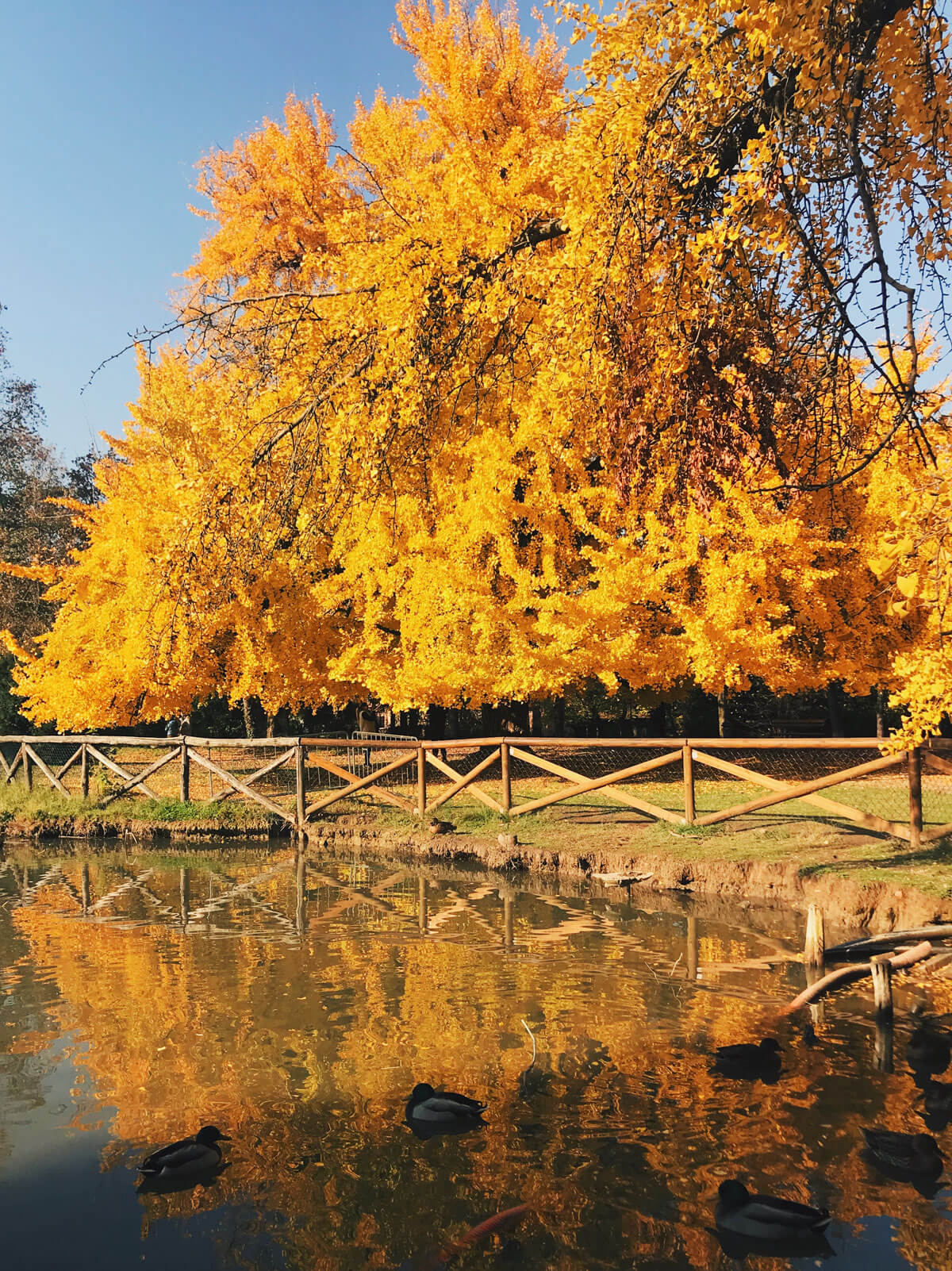 Gingko Biloba is a very ancient tree whose origins are Chinese and date back to around 250 million years ago. For this reason, this special plant is considered a living fossil. Its leaves with the typical fan shape, which in the summer have a intense green color, in autumn become of a bright yellow color and offer a show that is not to be missed! 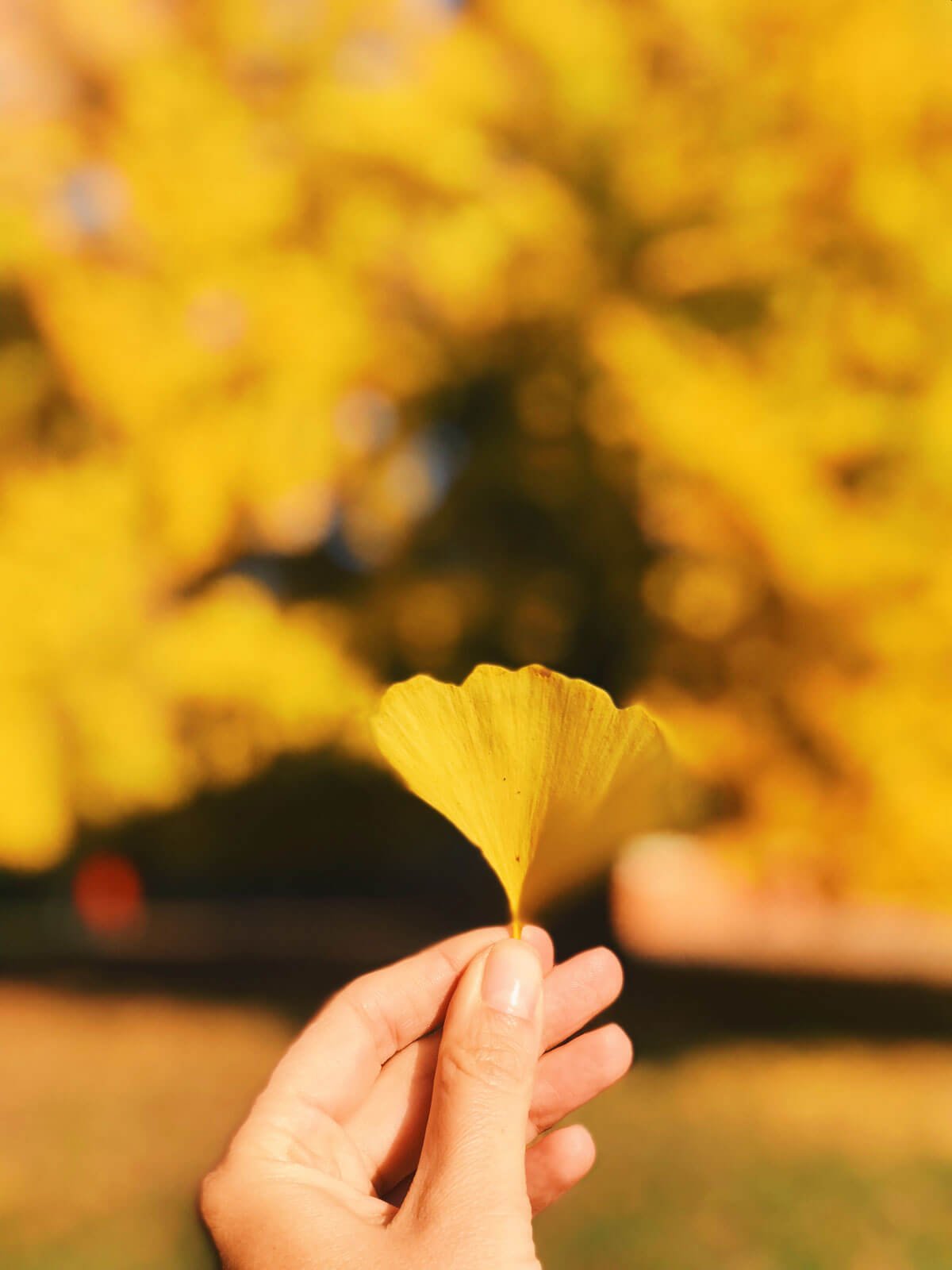 2) Foliage in Modena: a lovely walk in Amendola Park

Another nice place to spend time and make lovely walks is Amendola Park, not far from the city center, about which I had already spoken in a dedicated article.

READ ALSO: "Autumn in the city: let's enjoy the park"

I consider it the classic “in the house” park. It’s one of the city parks that I’ve often attende during my life, also in the different seasons of the year.

There is a small gingko here too, not obviously as spectacular as those of Formigine, but always a pleasant discovery 😉 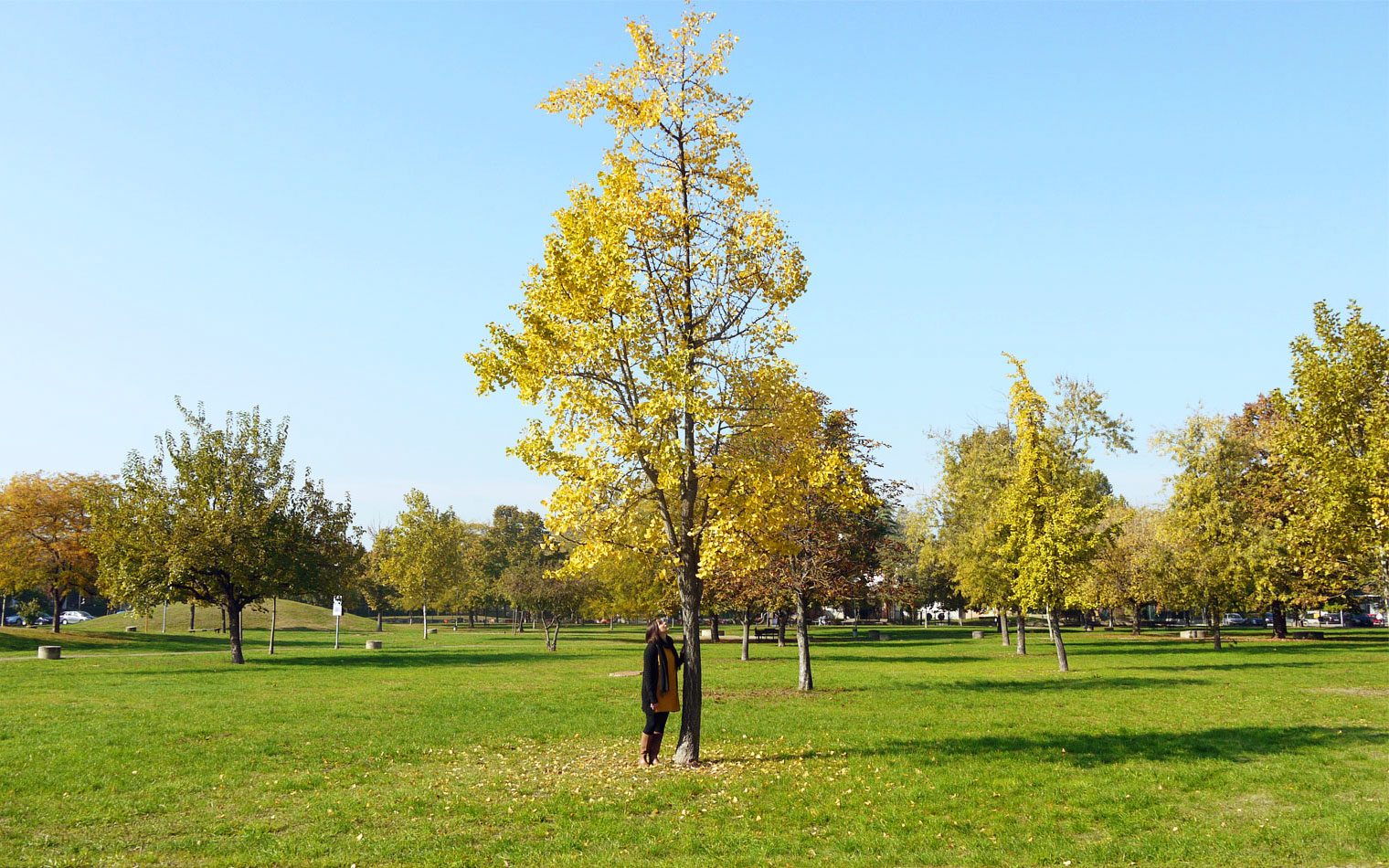 I suggest you to go around the park, with a camera to find suggestive corners that exude of fall! 😉 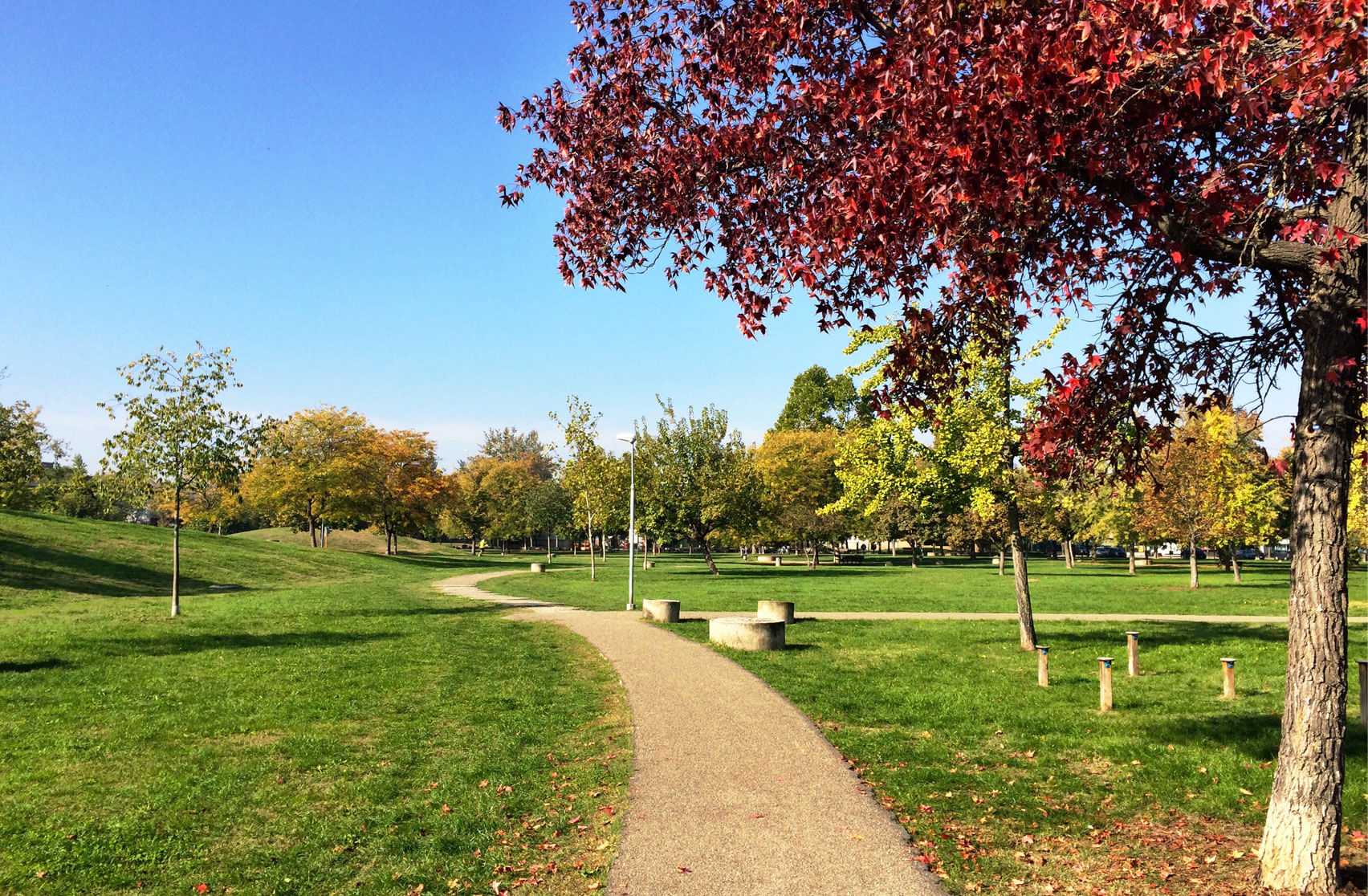 3) Foliage in Modena: a stop in Estense Ducal Garden

If you are in the city center, then I recommend a stop at the Estense Ducal Garden (known as Public Gardens), the most important historical park in Modena. Its construction can be dates back to the end of the 16th century when the duke set up the fence of a vast area to the north of the castle. To that decision then followed the creation of a Renaissance model garden. In 1634, also the beautiful “Palazzina del Vigarani”, the “Garden’s Building”, was completed. It was however in the nineteenth century that the garden took the appearance that has today. The park was opened to the citizens in 1739 by Duke Francesco III and made public in 1870.

A walk on the gravel paths of this park is certainly very pleasant. There are many trees of considerable size and importance that in autumn give the best of themselves. Take, for example, the avenue bordered by lime trees where you could take a break on one of the benches. 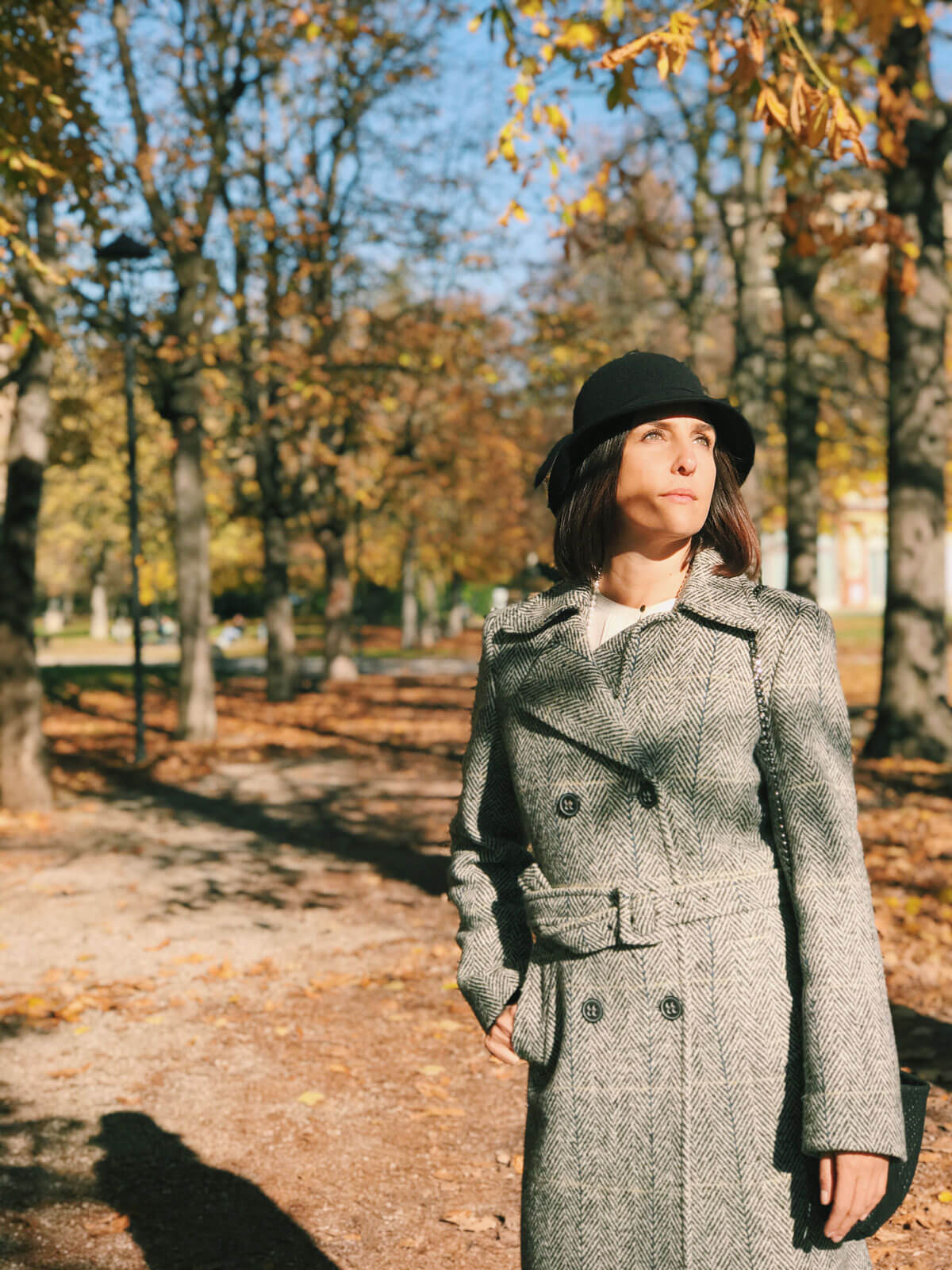 Or proceed to the north, to the direction of “Corso Vittorio Emanuele”, to admire the tree-lined meadows made up of horse chestnuts, ash trees and cedars, among which, stands out a big ginkgo or, finally, head for children’s game area in the south-west, where you can see a monumental English oak (a particular type of oak) and some red cypress that overlook the pond. 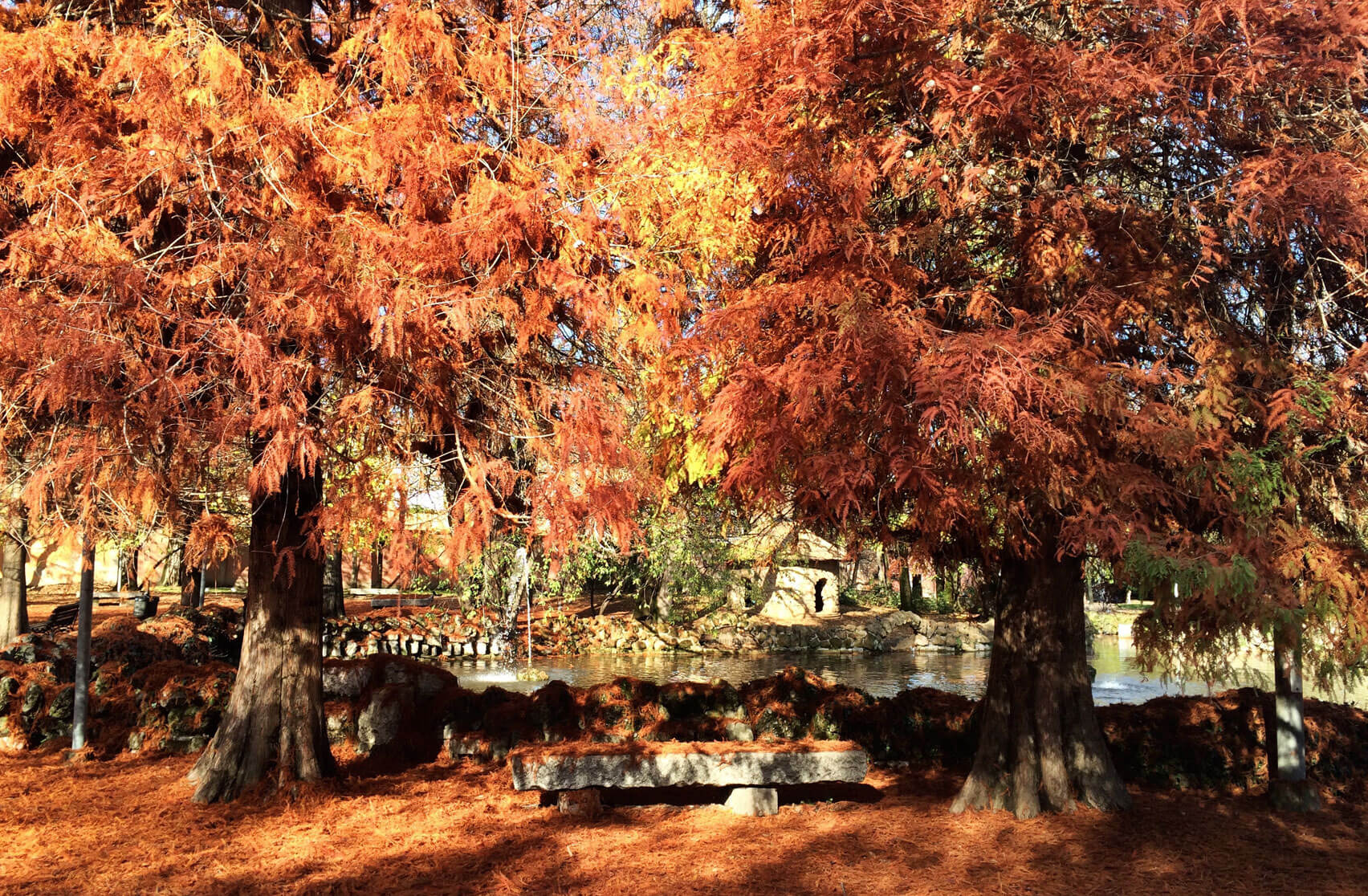 4) Foliage in Modena: up and down in the hills between Levizzano and Castelvetro

Last unmissable place to go for this autumn are certainly the hills between Levizzano and Castelvetro. Do you remember that I had chosen these places also as a set of my first emotional video filmed by my talented video maker Roberta?

WATCH THE VIDEO: "Discovering Modena: a day around Castelvetro, Levizzano and Puianello"

When I shoot the video, however, we were in the middle of winter and the colors of autumn had given way to the cold whites of this season. But if you go now you can admire the warm colors that the Lambrusco vineyards offer us. A truly unique view that I want to show you through a wonderful photo not taken by me but by the talented photographer Angelo Nastri Nacchio of Modena and Dintorni Community, who has taken some beautiful photos of those areas. 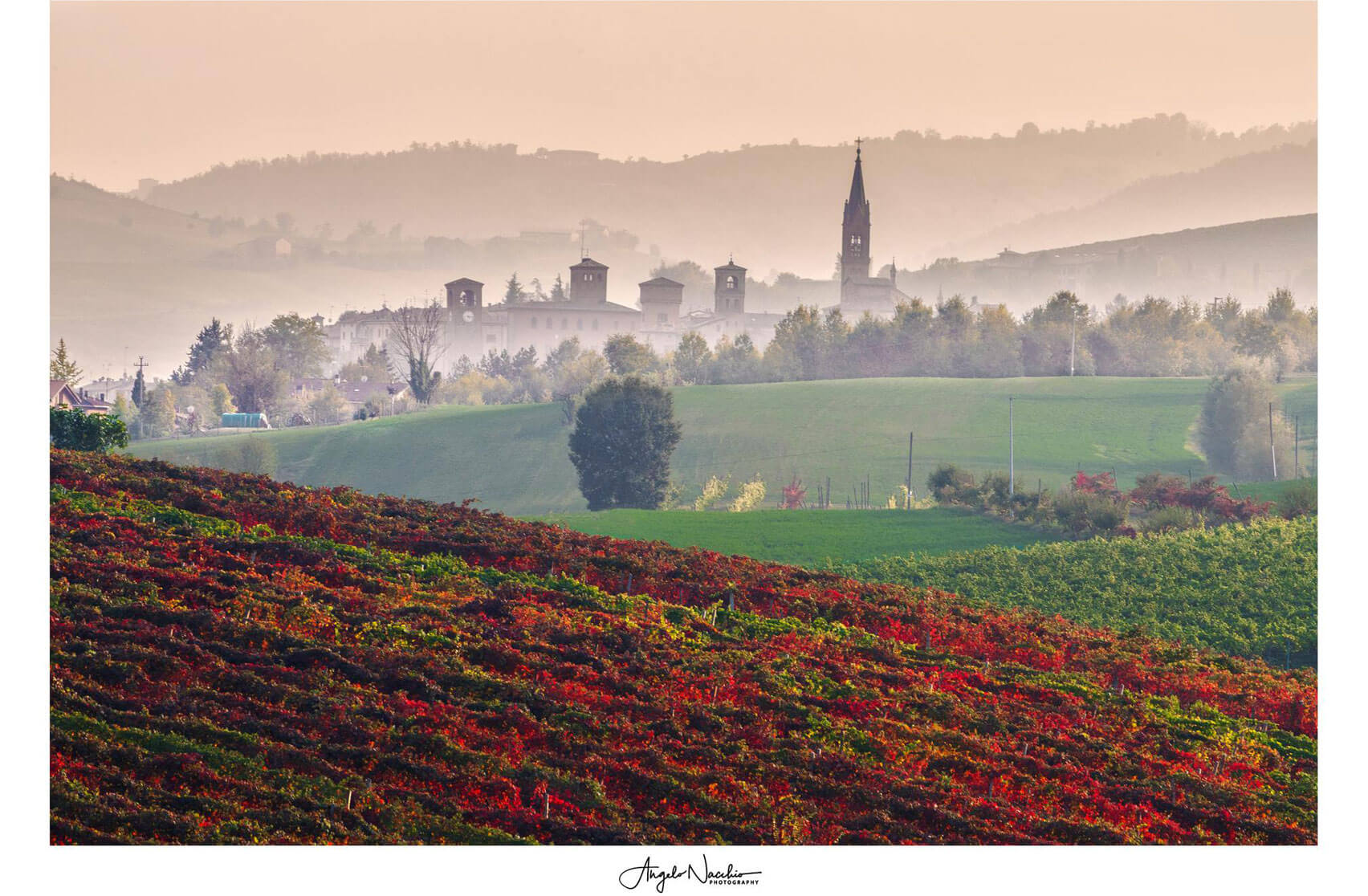 These are the 4 places that I recommend you to go to admire the foliage in Modena and surroundings.
I am also ready to go! Autumn is a magical season for me, a season to live intensely enjoying all the beautiful things it offers.

Tags | in the neighbourhoods of Modena, Modena city parks, Not to be missed
0 0 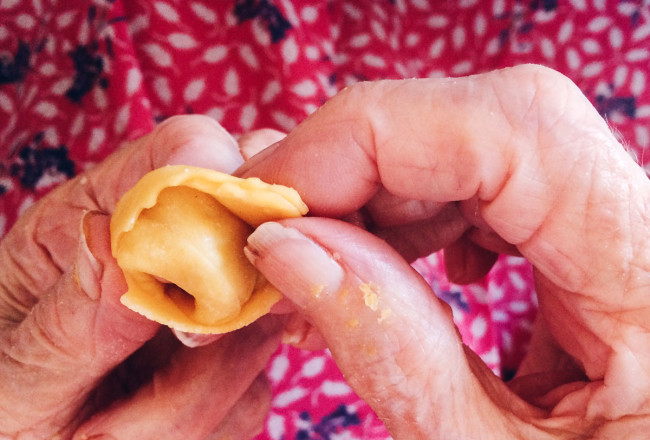 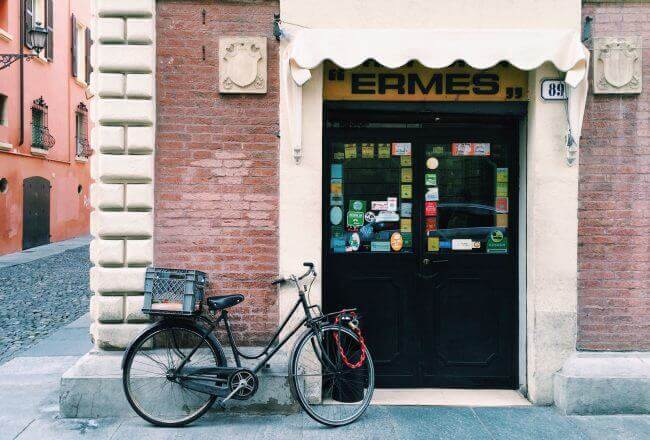 Modena: 5 traditional restaurants where to eat at least once in your life 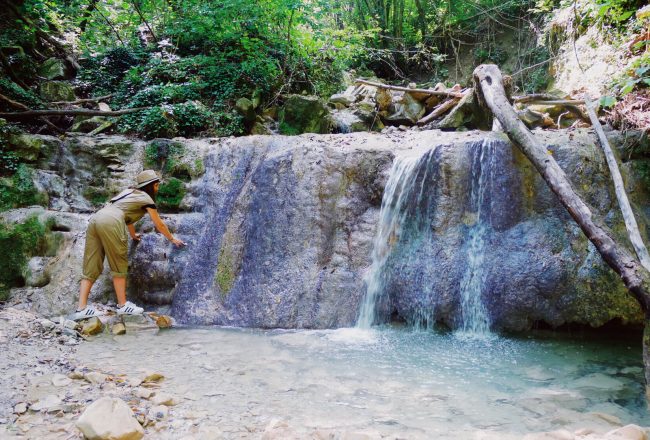 10 outdoor trips in Modena you have to plan