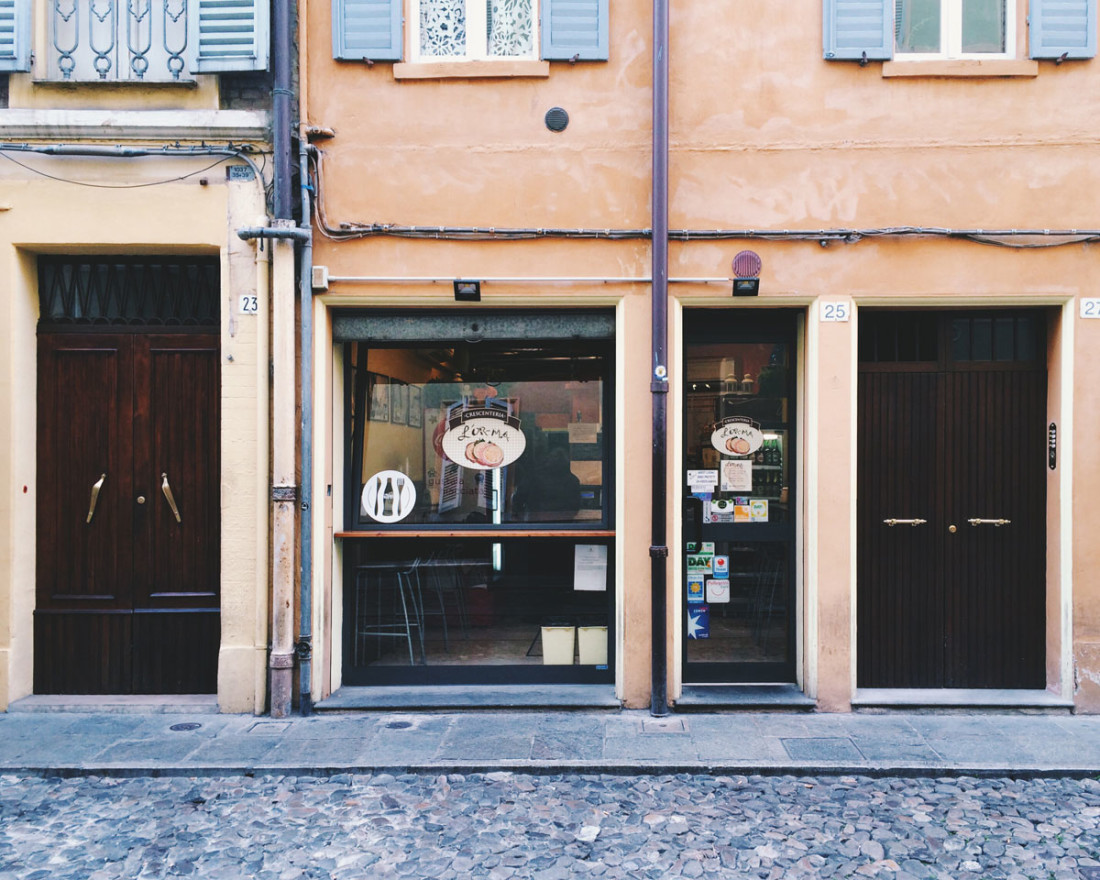 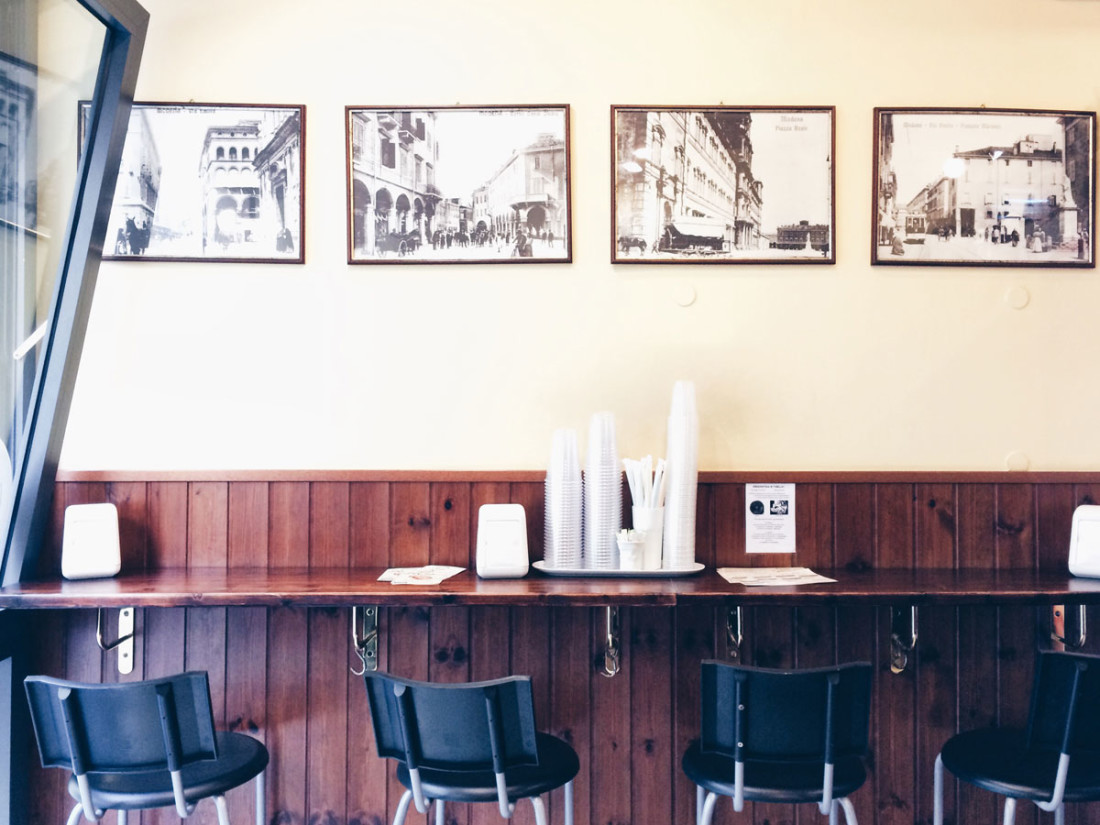 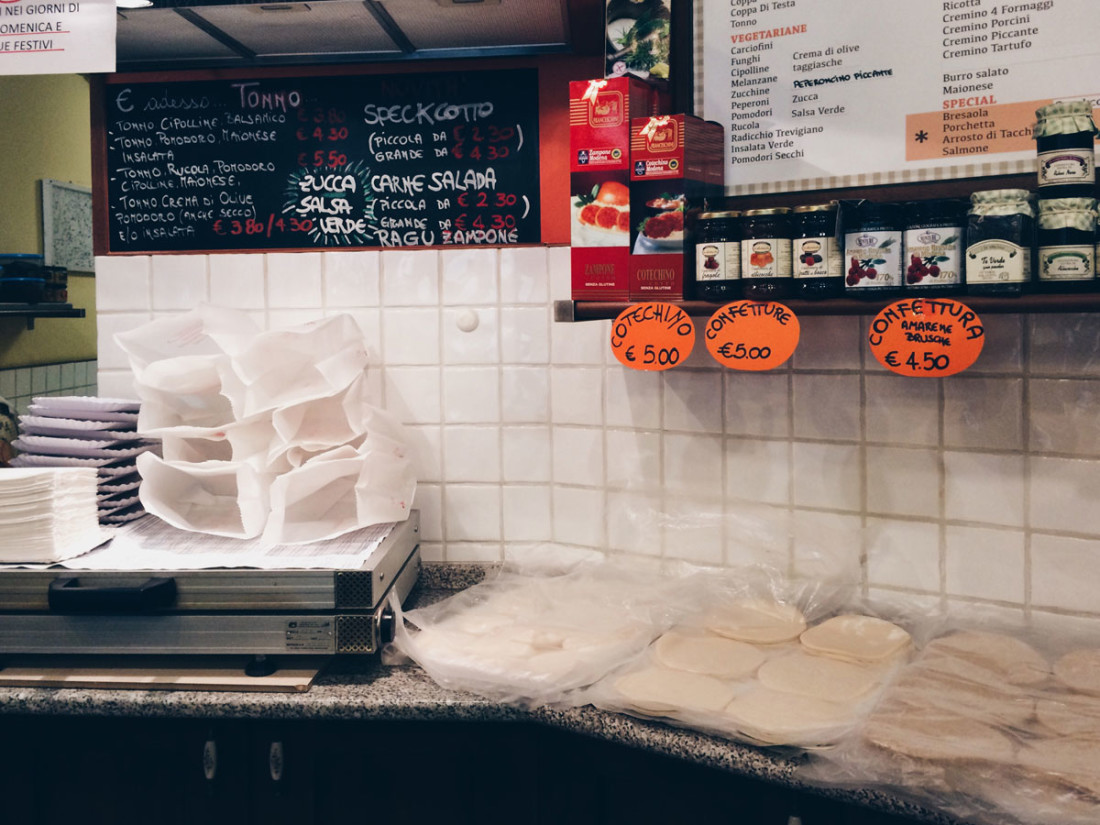 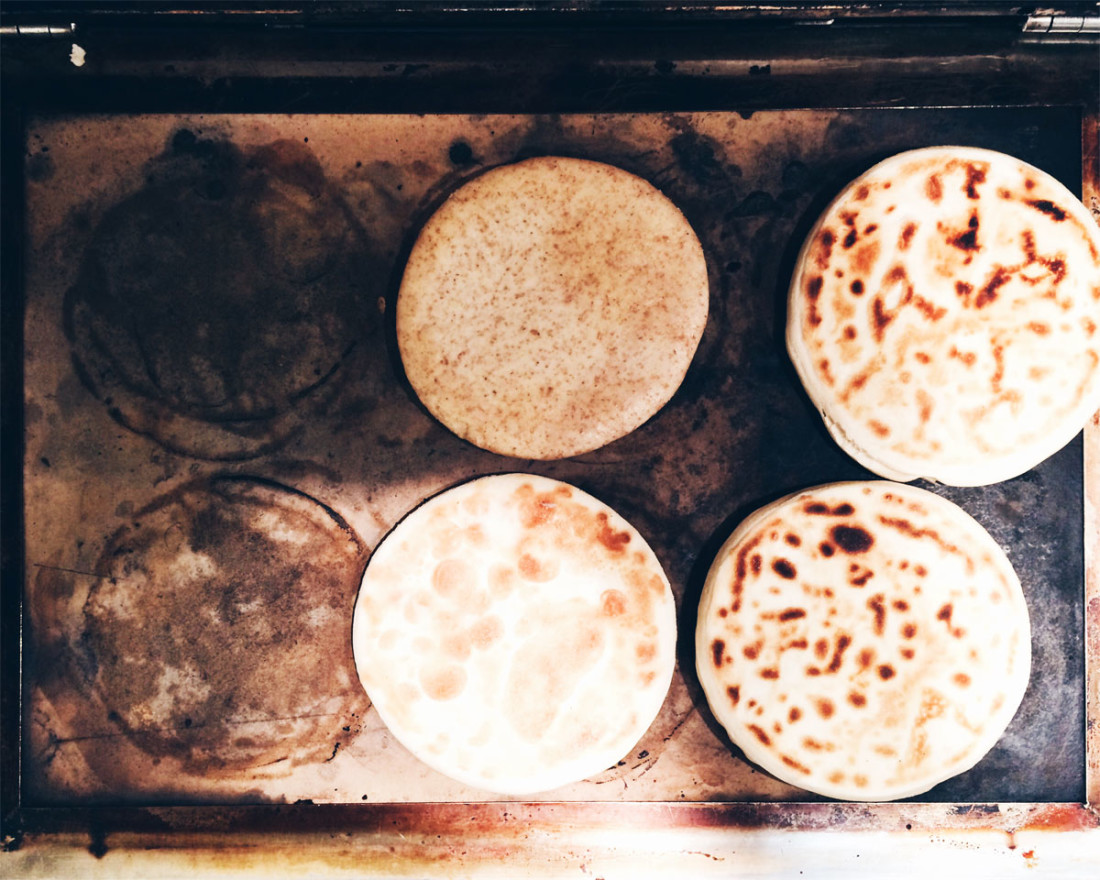 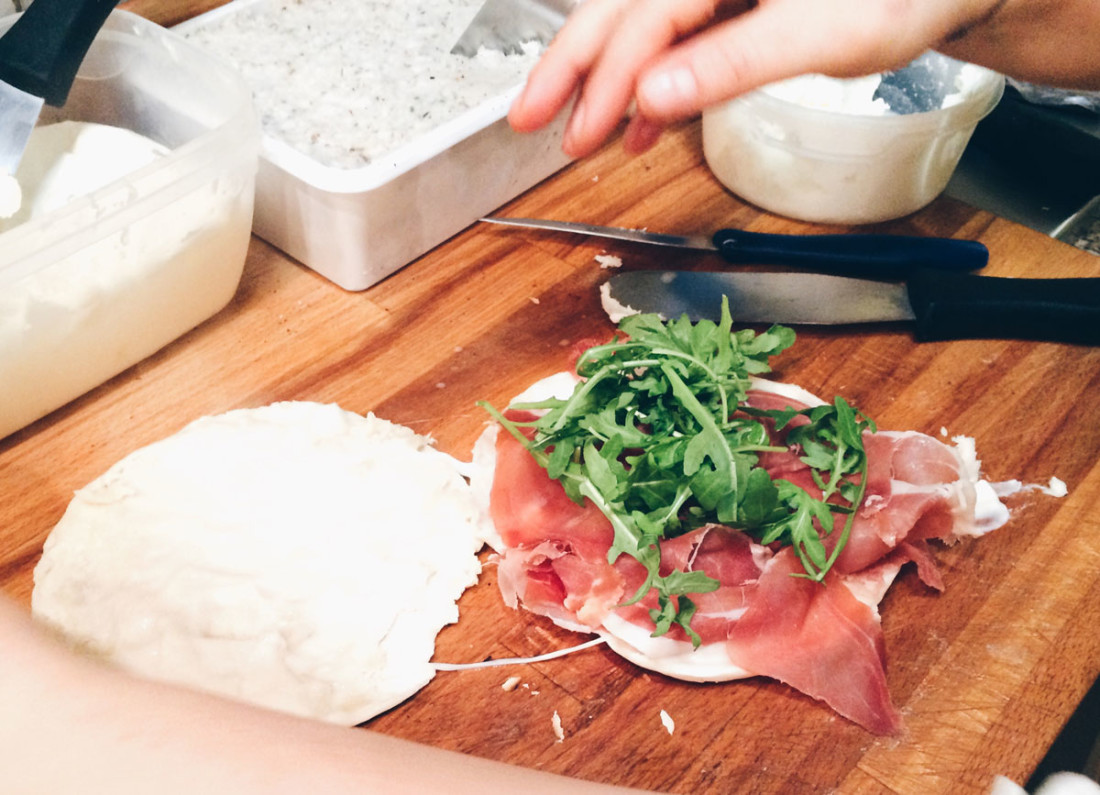 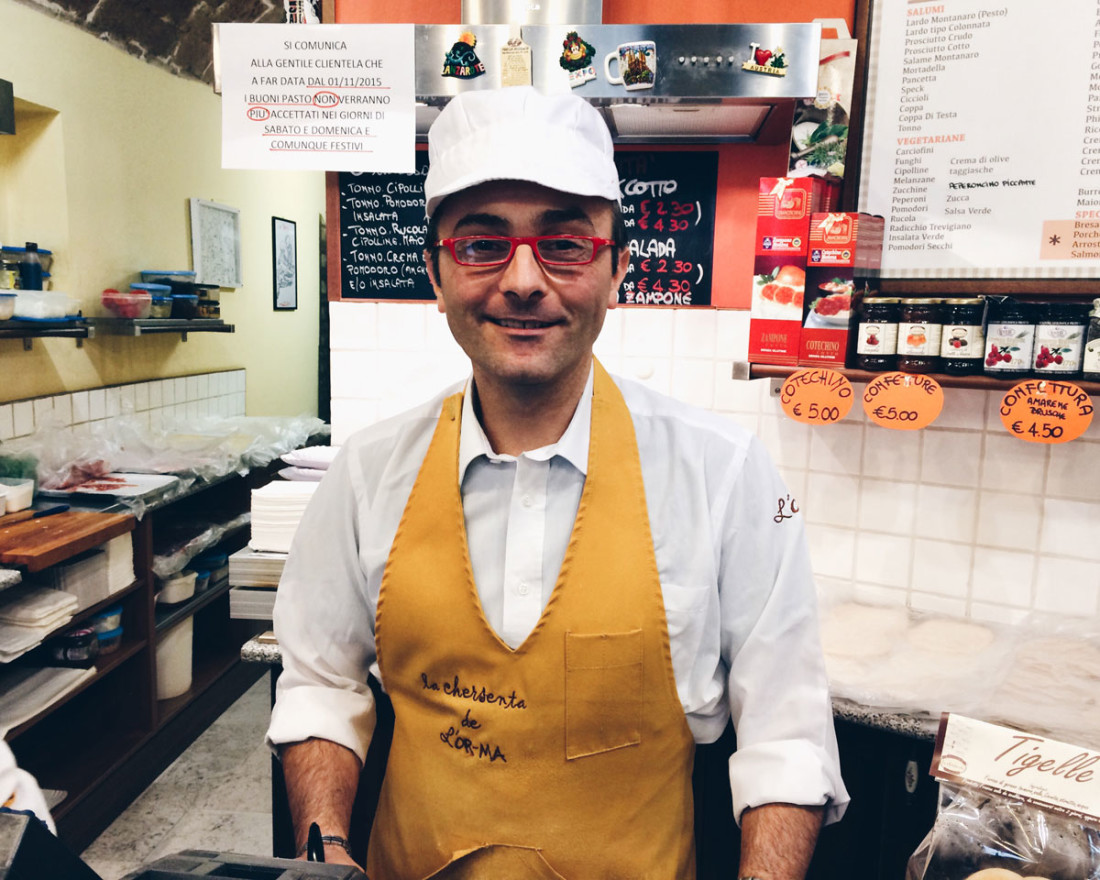 I believe that who thinks that street food is a practice that comes from far away is making a mistake.
If we think about Italian food we can realize how many traditional foods have become perfect street foods over time.
As far as Modena food traditions are concerned, have you ever thought that crescentina (well known as tigella) is one of the first street foods diffused in Modena and then exported all over the world? 😉

Some types of street foods are closely connected to Italian culinary traditions even if they have been re-interpretated in order to be eaten easily while we are walking. The first that comes to my mind when I think about Modena is “tigella”, but there are other “modenese” street foods, however, whose I’ll tell you in other posts (I have already ready another nice story! ; ) ).

What are the origins of the “tigella” and how did it become the protagonist of the modenese street food?

Francesca, in the article titled “Tigella is a state of mind”, has already explained you why this preparation is so special for Modena people and how to prepare it, so now I don’t want to propose you the recipe again but I want to talk, first of all, about its origin and how the approach to its consumption has changed over time.

Thanks to what Mauro, the owner of Or-ma, a Tigella Shop in Modena, told me I’ve realized that this traditional modenese food is adapting to the most recent food trends. Tigelle are usually consumed as a main dish, sitting at restaurant tables. However, especially in these last years many Tigella shops called  “tigellerie” or “crescenterie” are born. Here you can buy not only stuffed tigelles, but also empty ones, cooked or not, that you can take home, freeze and eat in the following days.

Or-ma is one of these Tigella Shops. It’s located in Gallucci street, in the center of Modena, and from 2012 it’s managed by Mauro Salvatori and Orbella Guaitoli (Or-ma comes in fact from the first letters of their names).
My friend brought me there and I was very pleased to try their tigelles!

I talked long with Mauro about tigelles preparation. This special food comes from mountains, precisely from Modena Apennines.
Mauro showed me the true tigella, the disks traditionally made of terracotta that serve to prepare “crescentine”, the real name of this food.
It’s from the name of these disks that derives the name “tigella” that we frequently use to indicate this special bread.
Historically, these disks were put on the embers in the morning in order to get ready for lunch. They were stacked up alternating the dough with leaves of chestnut or walnut to separate it from the terracotta.
It was a very quick and cheap way to make enough bread for everyone! 🙂 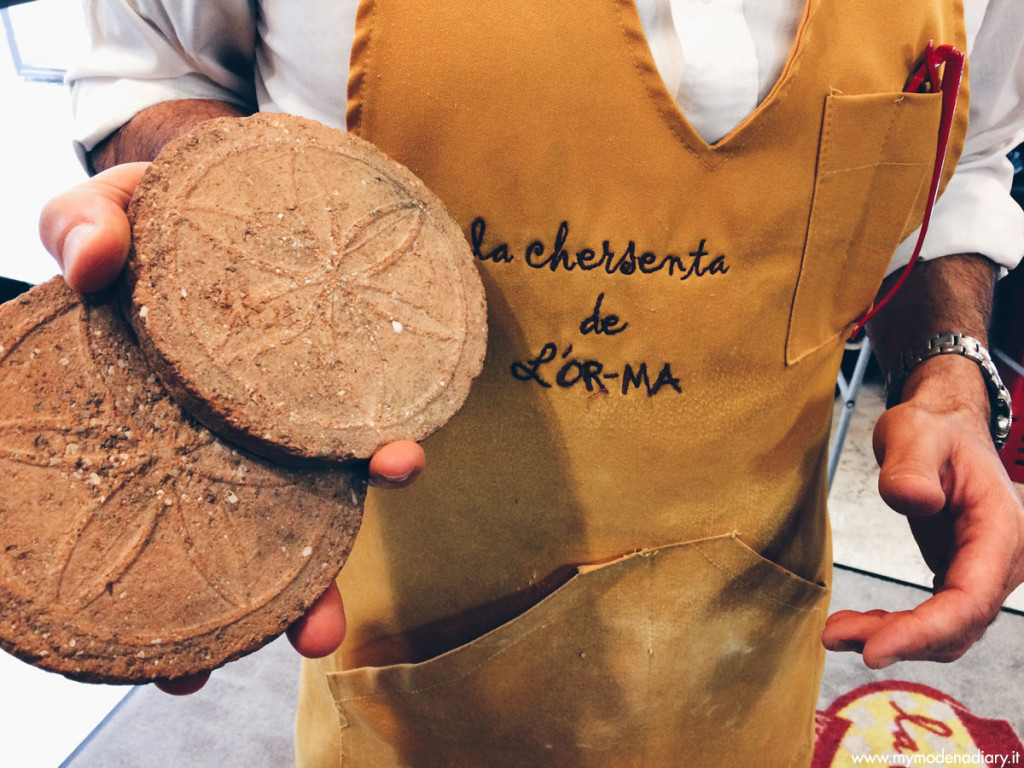 The real “tigelles”, the disks made of terracotta used to cook the dough.

According to the tradition, tigelles were eaten by cutting them in half and filled with some toppings (for example the typical “cunza”, a spread made from pork lard and flavoured with garling and rosemary or salami etc.), but always with a flavor at a time. Mauro explained me that today the possibility to combine many tastes in the filling is a kind of contamination that goes away a little bit from the tradition but that has given Tigella Shops the possibility to satisfy the needs of new consumers, giving a “youngest” style.

Nowadays, tastes like tuna and corned beef, for example, are very much appreciated. This would have been unthinkable in the past.
Mauro has even told me that one Japanese client falls in love with the combination of salmon, rocket and mushrooms! 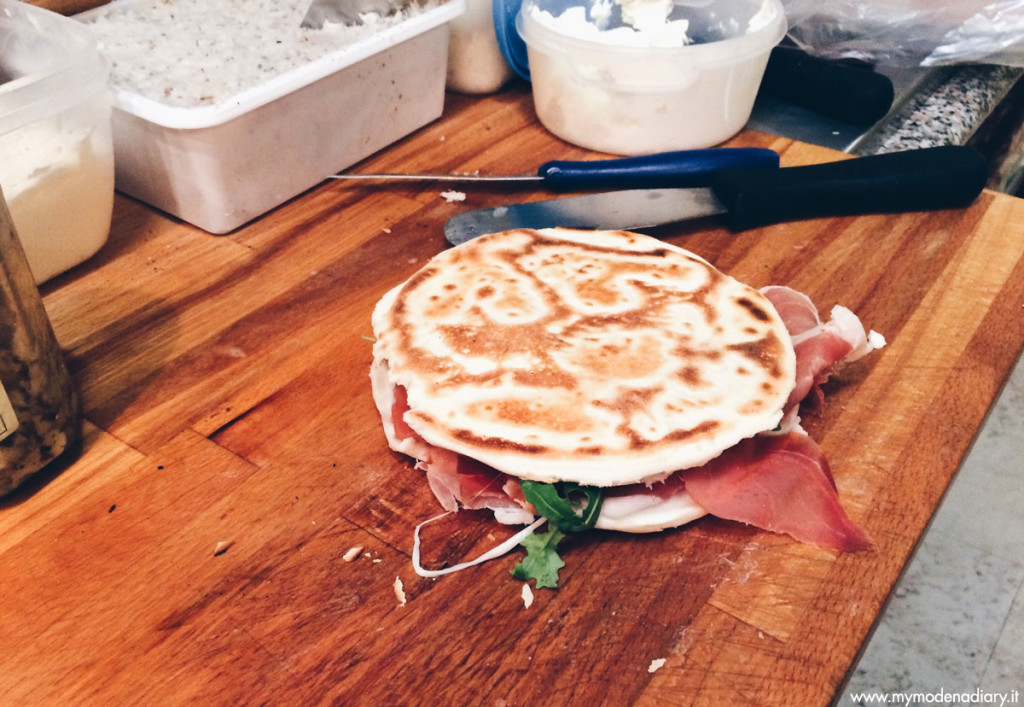 I am certainly more conservative in the field of choices of fillings, however, I know that when products are of an high quality even the more extravagant variants are able to surprise you 🙂 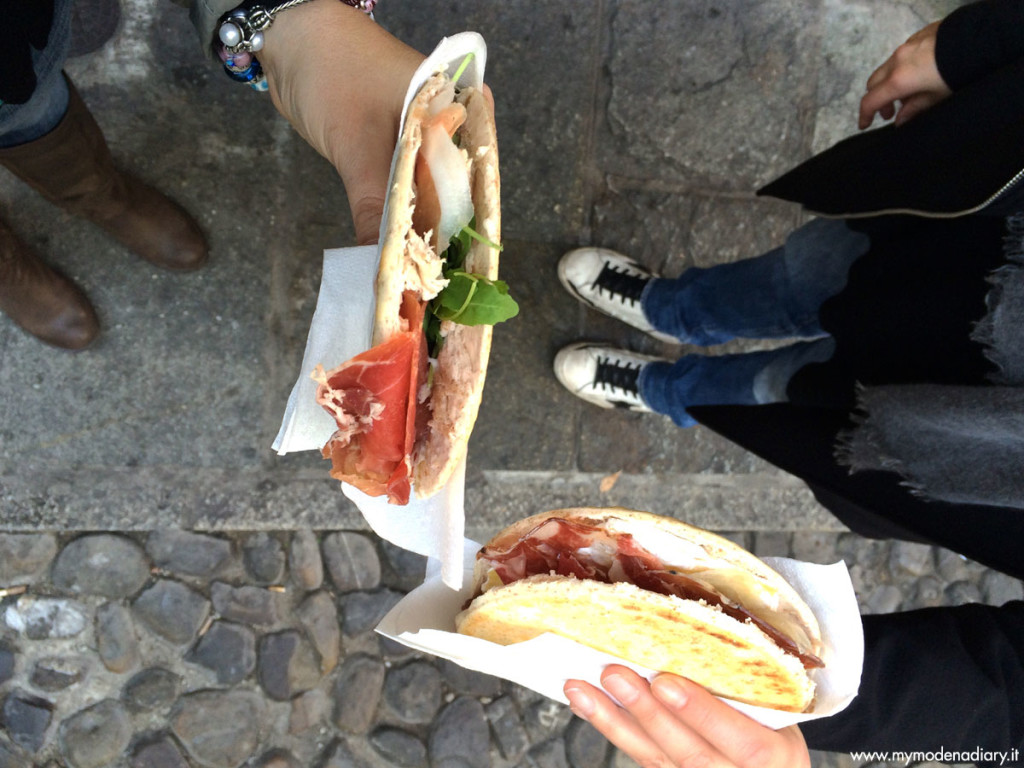 In conclusion, the concept of tigella is becoming very similar to “panino” and this is not so obvious for modenese people.
Classical or with wholemeal pasta, small or large (“the Tigellone”, a big tigella) “it is always the right time to have a good tigella to share with your friends”. 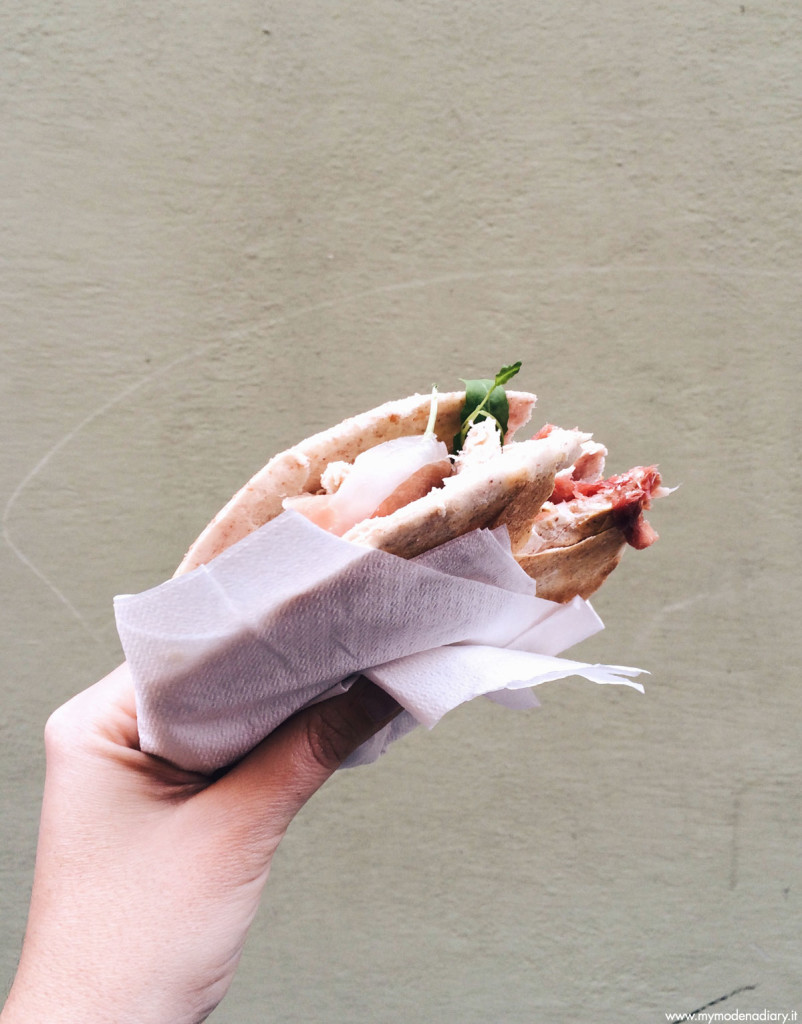 Try it to believe 😉

My story about street food tigelles is also on Steller: 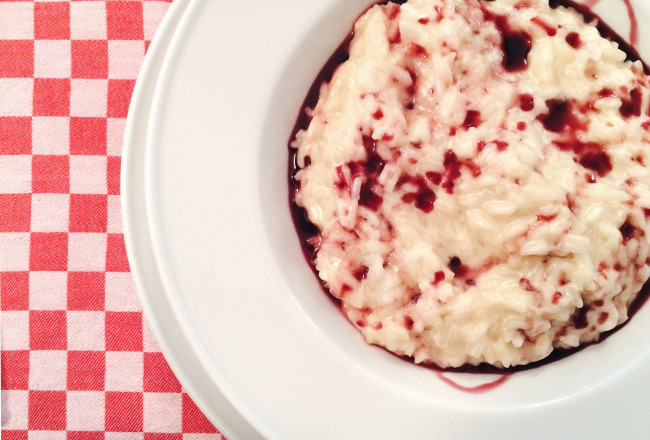 Trattoria Barchetta: simplicity and familiarity, a place where I feel at home

Coffe time? Here there are 5 café where to drink a coffee in Modena center 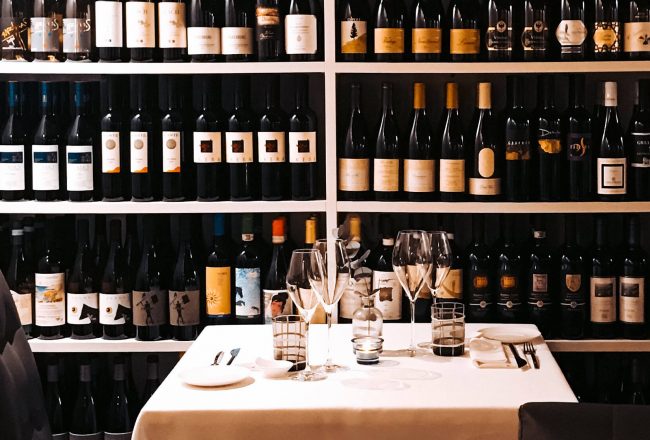